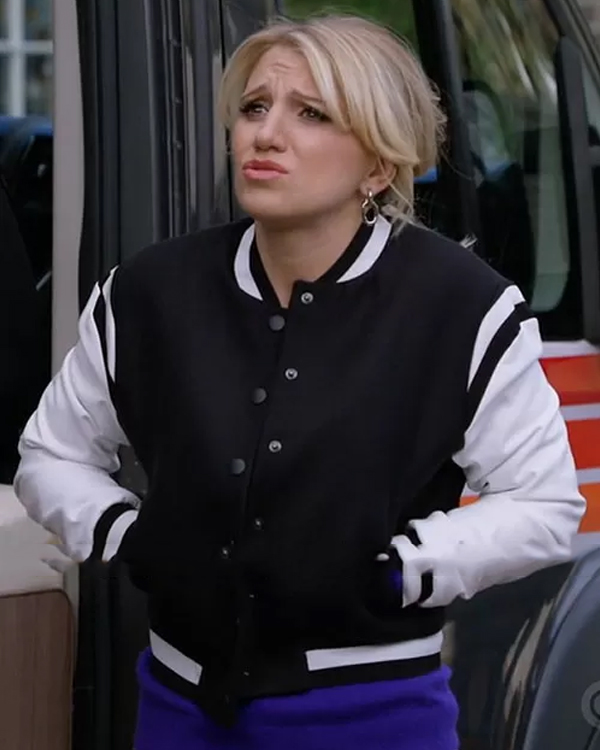 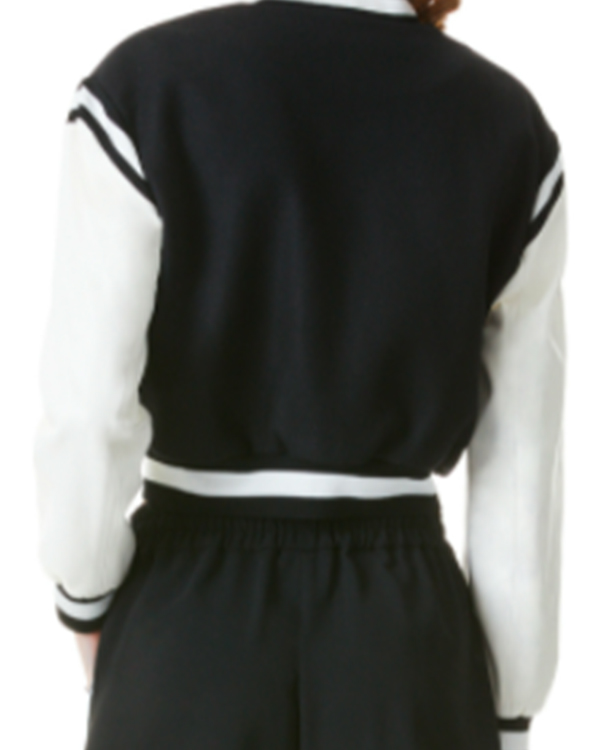 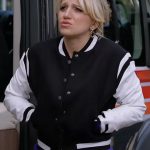 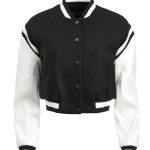 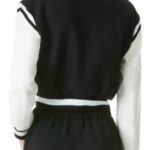 B Positive is an American television sitcom created by Marco Pennette, who also executive produces alongside Chuck Lorre for Warner Bros. Television. The multi-camera series premiered on CBS on November 5, 2020, as a Thursday night entry in the 2020–21 television season.  In May 2021, the series was renewed for a second season which premiered on October 14, 2021. The series is about a therapist and newly divorced father with B-positive blood who needs a kidney donor. When he’s unable to find a donor within his family, a woman from his past offers him one of hers. The sitcom is inspired by the true story of series creator Marco Pennette, who received a kidney transplant in 2013. Annaleigh Ashford as Gina a former acquaintance of Drew’s from high school who becomes his kidney donor, as her blood is an incredibly rare match for his. Gina initially works as a van driver for the Valley Hills assisted living facility. She was spotted wearing B Positive Season 2 Annaleigh Ashford Bomber Jacket which is available on our website. So don’t waste your time and order this jacket before it gets out of stock.

This stylish jacket is made of high-quality wool blend material with a soft viscose lining to protect you from nippy winds. It has a stylish rib-knitted style collar. Moreover, it is stylishly designed with front open button closure. It has full sleeves with stylish rib-knitted cuffs. It has two waist pockets outside, and two pockets inside to keep your valuables safe. It is available in black and white color.